So this is the default setting for most of what you'll see on this blog of mine: 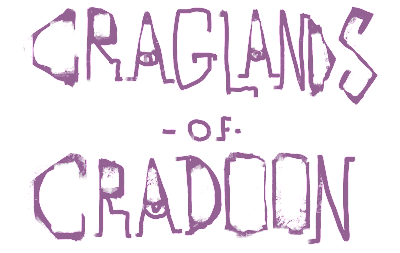 One thing you’ll agree, when you see what Cradoon has done to its people, is that it’s geography’s fault. It’s too central, too dry, too peregrine. Maybe it’s because we came from the ocean, and we change, the further we drag ourselves away. Maybe it was a mistake.

Here where it’s calcified, and the only current is the air, and the air carries awful things, like beetles. Did you know that? It has begun to rain beetles in Cradoon. What sort of person is meant to live here? What design did who follow that made this place?

Right: Cradoon. I still have to introduce you.

North is the balmy Necklace and the demonloving Corespenians, West is the Suzerain of Sektorbrav and his pale host. East is the Ferroslug Hegemony. Cradoon is where things go South.

It was with alarm that the Sektorbravish topographist Jux Remebuch noted (upon completing his survey) that the steppeland of Cradoon was exactly 3,333,333 ploughgates in area, to the inch, “as if it had been designated,” he said, “very carefully designated and designed;”

whereupon the Surveyances Concern accused him of incomplete and shoddy cartography owing to a fear of the Cradoonish midlats;

to which Remebuch retorted that he had indeed made the trek all along the border, starting and finishing in Hektus on the Sektorbrav-Cradoon border, setting out with full team and kit and returning stumbling, penniless, and alone;

and in response the Surveyances Concern put forth and ratified the petition to declare Jux Remebuch entirely insane, citing at once the harrowing pressures of his journey and the unobserved precondition that led him to believe that it was in any way a good idea. Remebuch is in a madman’s creche, and Cradoon’s official size is Very Big.

Cradoon is where I run my hexcrawls and my dungeons. It's populated with a bunch of ambitious fools and slavering beasts. So the usual. I'll be posting more about the place in the near future.
Have this chunk of unlabeled hexmap from around the place in the meantime. 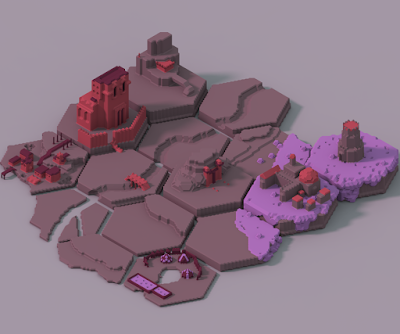